Write leaner, cleaner prose without getting rid of all your adverbs

By now, I’m sure you’ve read the following passage by Stephen King:

“I believe the road to hell is paved with adverbs, and I will shout it from the rooftops. To put it another way, they’re like dandelions. If you have one on your lawn, it looks pretty and unique. If you fail to root it out, however, you find five the next day . . . fifty the day after that . . . and then, my brothers and sisters, your lawn is totally, completely, and profligately covered with dandelions. By then you see them for the weeds they really are, but by then it’s — GASP!! — too late.”

Now pull out your favorite novel. Are there adverbs? Of course there are.

Should you really cut them all out of your writing?

No. Let’s not be hasty. Good writing never follows trendy writing advice and many writers have taken Stephen King’s opinion as the last word on the matter. Adverbs have their place. They provide additional information, show motivation, create mood, and help readers imagine scenes.

Is Stephen King wrong? I heard you gasp.

Yes and no. There are times to cut the flab, times to cull and times to keep those adverbs. Here’s how to tell what time it is.

Take a look at the following sentences, popular in elementary school settings when teachers teach adverbs. I should know I was a teacher and I’m guilty of sharing them.

Every one of these adverb/verb combinations could be replaced with a single, more powerful verb. Take a look:

Take a look at your novel manuscript. Are there places where you can substitute a more powerful verb for your adverb/verb combo? Does the new verb pack more of a punch? If so, use it.

“Those of us who were brought up to be unaggressive in conversation are liable to use qualifiers – adjectives and adverbs such as rather, a little, which soften or weaken the words they modify. In conversation they’re OK; in written prose they’re bloodsuckers – ticks. You have to dig them out right away.” – Ursula K. Le Guin

I love this paragraph from Ursula K. Le Guin’s book, Steering the Craft: A 21st-Century Guide to Sailing the Sea of Story. I’ll never look at a qualifier the same way again. Qualifiers are words that can limit or advance another word’s meaning. Some are useful and others aren’t.

So, what are these qualifiers Le Guin urges you to dig out right away? Steward Chaplin referred to these words as weasel words because they “suck the life out of the words next to them, just as a weasel sucks the egg and leaves the shell.”

Words and phrases like: kind of, sort of, just, very, maybe, a little, a lot, a bit, absolutely, actually, approximately, nearly, quite, rather, several

You get the idea. Imprecise words. Le Guin calls ‘somehow’ a super-weasel, “a word that betrays that the author didn’t want to bother thinking out the story.”

Return to your manuscript. Do you have weasel words lurking in there? Is there a way to eliminate them or choose differently to make your writing more precise?

When and Why to Use Adverbs 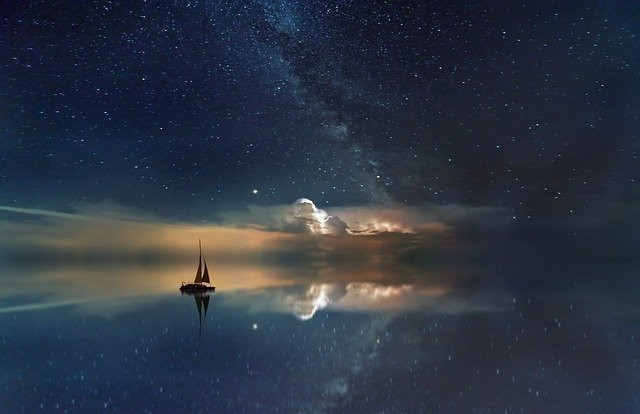 “To advise young writers to get rid of all their adverbs is like advising a pitcher with four great pitches to throw only three of them – it’s professional suicide.” – Barbara Baig

There are times to include adverbs in your writing. Louise Harnby writes: “Adverbs, used well, can show motivation, indicate mood, and enrich our imagining of a scene.”

To examine Louise Harnby’s claims, I pulled out the three books sitting on my bedside table and did a quick search for adverbs.

Right there, in the opening chapter of Hilary McKay’s award-winning book, The Skylarks’ War, I discovered two adverbs purposely placed to create a sense of a character’s mood:

“Many things were said about this great calamity, and some of them were regretted later, when people had calmed down and there were fewer tears and more worried frowns in the narrow stone house where the baby had so inconsiderately arrived and her mother had so inconveniently departed.”

This sentence sets the stage for the entire novel. The two adverbs ‘inconsiderately’ (referring to the baby’s arrival) and ‘inconveniently’ (in reference to the mother’s death) set up the entire conflict between the father and his daughter. We can see how he feels about the birth of his new daughter and death of his wife through these adverbs. He’s selfish. Viewed through his eyes, these life-changing events are a nuisance. His daughter’s arrival will upset his comfortable status quo and he’s not pleased. The choice of these two adverbs shows the shallowness of the father’s feelings and their contrast to how most of us would feel in such circumstances makes the father’s reaction all the more callous.

Here’s an example of using an adverb to show motivation from the second book on my bedside table, Winter Turning, the book I’m reading my son.

“Before she kills Queen Glory,” Kinkajou said fiercely. The little RainWing was now a mango-orange color with streaks of black along her wings. She looked ready to fly into battle…”

Tui T. Sutherland could have removed the word fiercely without losing meaning, but she wanted to add emphasis to Kinkajou’s motivation. Kinkajou wanted to save her queen at all costs and she declares this fiercely. The inclusion of this adverb reinforces her commitment to her actions. It shows us the strength of her intentions.

The last book on my bedside table is actually a magazine, the August 15th edition of The Economist. And, yes, I was even able to find an adverb to prove one of Harnby’s points, that adverbs enrich our imaginings of scenes.

I found a good example in the article, ‘Being blind and young in China’ about 20 blind Chinese youngsters attending a course to prepare them for university.

“For this small group of youngsters – at once unusually brave and at the same time awkward and quick to dissolve in nervous giggling – the course promises seven days focused on what they can do, not on things deemed unwise, unsafe or beyond them.”

The adverb/verb combination here serves a purpose, to help us imagine these young blind students doing something out of the ordinary for young blind people in China. The author chose the phrase unusually brave because only five blind students took China’s university entrance exam this year. These students are unusually brave because they are bucking tradition. The quote helps us see them as ordinary teenagers dissolving into fits of nervous giggling, but also as extraordinary teenagers because they are doing something that was traditionally not done by blind people in China – attending university.

As with any creative artform there are no hard and fast rules. If you want to write leaner, cleaner prose you have to know when to cut those adverbs and know when to keep them. If you can convey meaning with a more powerful verb, choose this option. If your adverbs give the reader additional information, indicate mood, show motivation or enrich our imaginings of a scene, include them.

If you want to test your adverbs, take a passage from your manuscript and write it without the adverbs. Does it lose meaning? If so, add your adverbs back into the scene. If not, consider cutting them.

Get rid of waste, but keep meaning.